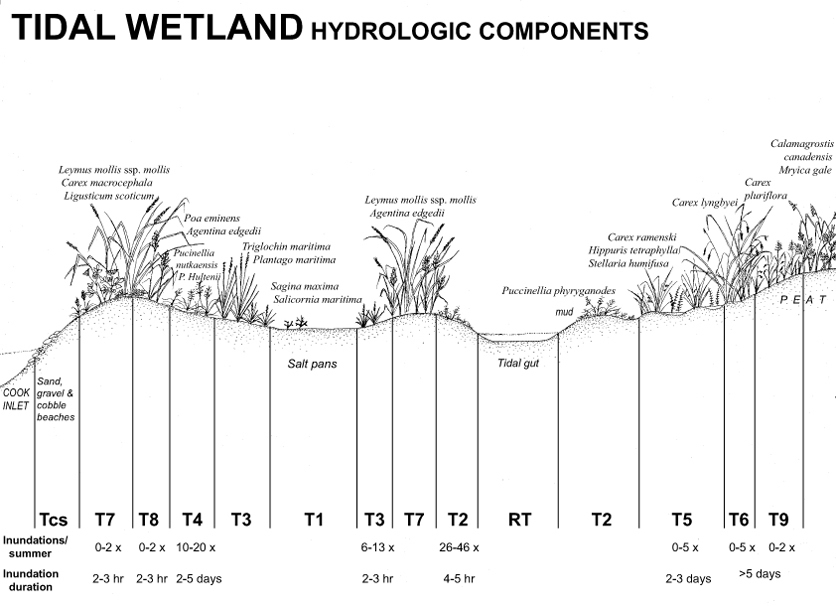 Range map showing the distribution of Tidal wetlands. Tidal wetlands are particularly concentrated at the mouths of larger rivers, in Goose Bay, and along the shores of Knik & Turnagain Arm

Tidal wetlands are found in areas inundated by tides at least annually. Tidal inundation varies over periods of days, months, years, and over an 18.6 year cycle. In Cook Inlet, which has a maximum of tidal range of over 10 meters, the differences between these different cycles is particularly evident. Vince and Snow (1984) described plant relationships along with the frequency and duration of tidal inundation on the tidal flats of the Susitna River, at the top of Cook Inlet. The hydrological components of Tidal wetlands correspond to the zones found by Vince and Snow (1984). Each zone is further characterized by one or a few plant taxa. 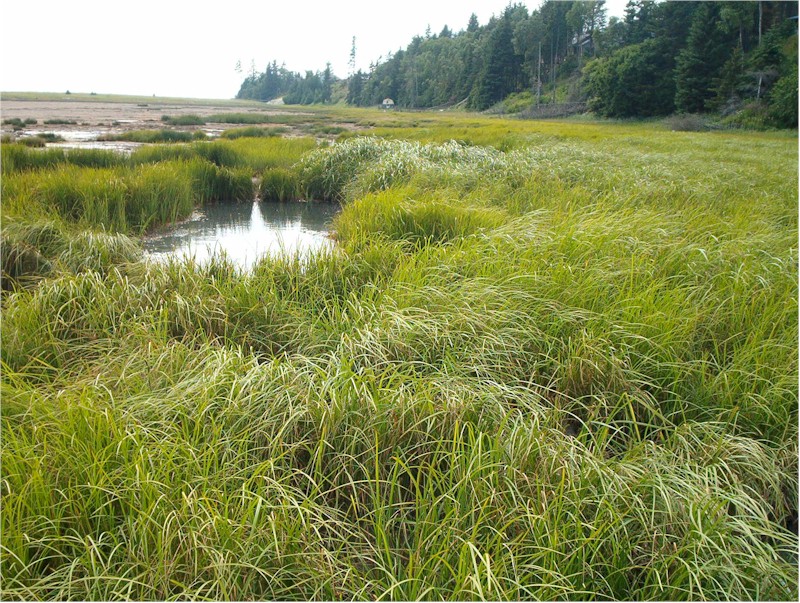 A Tidal wetland at the base of the Homer Spit looking from a T6 component in the foreground across a T5 component, to a T3 component in the middle distance. Tidal inundation is infrequent, but can be retained for several days in the T5-T6 zone which is characterized by the sedges Carex ramenski and C. lyngbyei respectively

Soils are Typic cryaquents, the organic Clunie series, or “Tidal Flats”. For plant relationships see the idealized cross-sectional figure near the top of the page and Vince and Snow (1984).